Introduction of the system

As a system based on on-board calculation with the medium concept between the existing ATC velocity code fixed block system and movable block system, ATC train control method is currently used for Metro9 based on the distance-to-go method. This system regularly detects and controls a train’s characteristics for acceleration and braking. Depending on the ground operation conditions such as the location of an earlier train, the system precisely calculates a train’s travel range on a track circuit, figures the train’s velocity directly and automatically.
Through this process, the system helps to control and operate trains in a swift and safe manner depending on any changes in the conditions ahead.

(1) Deciding a targeted brake curveAs a train receives ground information from a track circuit and beacon, such as location of an advanced train, condition of a traffic light and switch ahead, and data for each section, the train combines its own information data and accurately modifies the location of operation on the track through a location beacon.
Through this process, the train itself can set the speed on a real-time basis and decide and control the targeted brake curve. 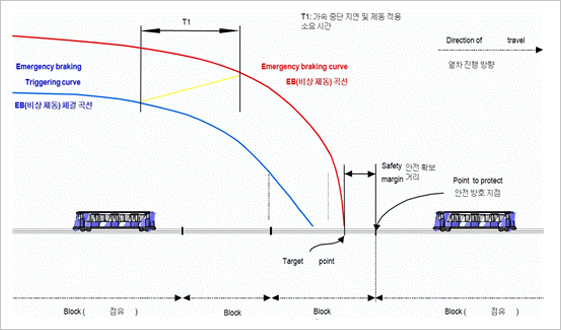 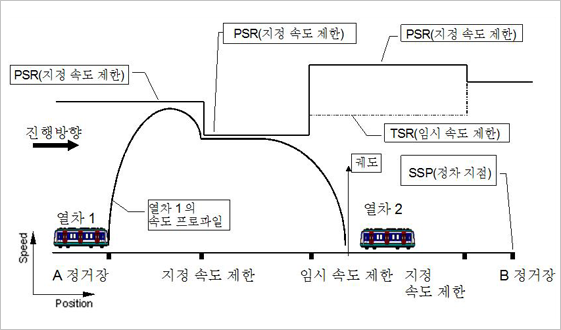 As a device to inform an engineer of whether a train can be operated, it receives the following absolute safety conditions from a linkage device and displays a signal to identify the entrance into a protection area visible by the naked eye. 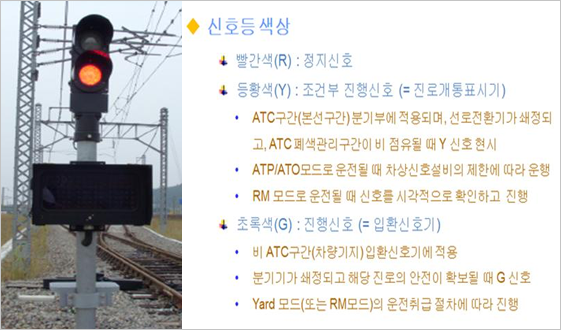 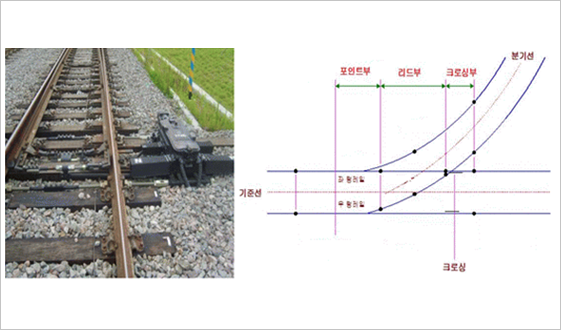 As a device to control the train’s path automatically and enable a train to operate safely, it composes a linked logic circuit with an electronic circuit by using a microcomputer and records and saves the duplex configuration of central processing unit (CPU), system’s self-diagnosis function, and controls disorder to ensure a remarkable level of reliability, stability, and maintenance. 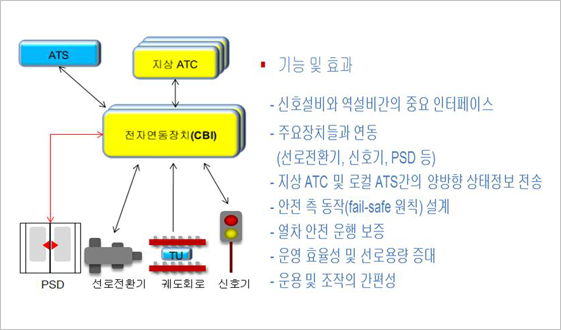 As an automatic train control device, it transmits train operation conditions such as the condition of a path ahead and data regarding the location of an advanced train and enables automatic operation without any ground signals. 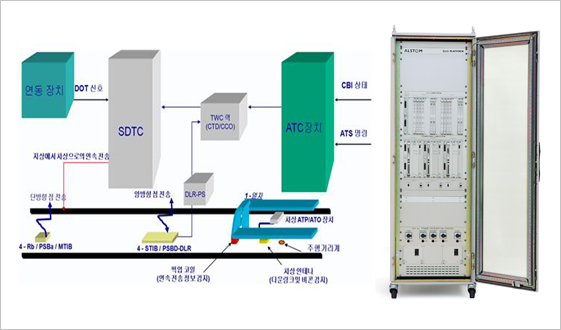 As a solid state system, SDTC performs the function of transmitting information between track and train within the single track circuit (TC) with regard to safety issues such as train detection and track continuity detection. For the output of SDTC train circuit, a user system receives vital logic signals, which are equivalent to occupation or non-occupation of the track circuit.

As a device to comprehensively manage train operations, this system intensively detects on-site signal facilities, controls the path, and sets the automatic path based on schedule at the control office. As it is composed with redundancy to achieve safety and continuity, the system is able to have peak detection transfer switch. Despite any disorder in the system, the TCC computer can be changed to address a barrier during system operation.

As a device to transmit information between a vehicle and the signal machinery office, it identifies the location and queuing of trains through a beacon, sends and receives information on opening and closing PSD, and transmits a variety of data necessary for automatic operation through SDTC. 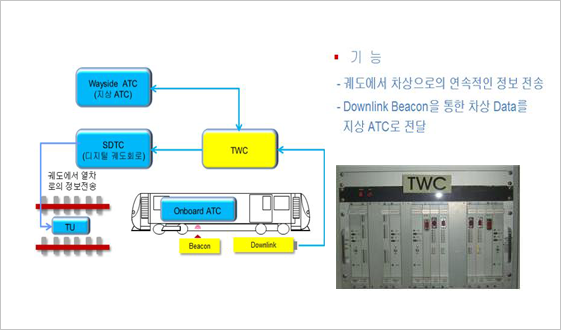